The history of the Cherry Hinton Festival

The Cherry Hinton Festival has a long history as a time of celebration for the harvest safely gathered in and of the years work successfully completed.  The local band paraded up and down the High Street, a number of stalls were set up near the Red Lion Public House, the fair arrived with its brightly painted swing boats and chair-o-planes and there was much ale and ‘vitals’.

There was always a ‘knees up’ in spite of the landlord of the Chequers Public House ‘not holding with music’ and the whole lasted as long as the villagers had the energy.  The Cherry Hinton Feast continued to be held until 1937 or 1939 then along came the war . . . and afterwards post-war Cherry Hinton never had the heart to recapture those carefree days.

A meeting took place on Wednesday 5th December 1984 at Cherry Hinton Community School (now Bewick Bridge Primary School) to discuss the revival of the Cherry Hinton Feast or Festival. The meeting to revive the Feast was attended by various members of the community representing a wide range of groups and organisations. The plan to hold a day of events and activities for the whole village on a Saturday in September was launched, and the whole village was invited to join in the preparation and planning of this event. The festival was to be linked with the traditional harvest celebrations at St Andrew’s Parish Church.

The 1985 Festival remembered by the local curate

‘It was the best weekend Cherry Hinton ever had. That’s what one long standing resident said to me, and although my memory doesn’t go back as far as his does, I must say that I can’t imagine a better one.

The weather was, of course, the best for months and better than any or us dared wish for or pray for. The glorious sunshine seemed to signify God was smiling on the whole event. For me it was a real joy to take part in the procession of floats on the Saturday morning. As it wound around the village we passed knots of people which grew in to groups and then crowds on each street corner and outside shops.  A real note of celebration came as we rounded Coldham’s Lane corner, with the church bells ringing and a mass of people clapping and waving. One elderly lady was waving her stick with joy.

I can remember lots of very wide eyed children who could hardly take in what had happened to their village street, but who were determined to be in on the fun, waving, jumping up and down with excitement, or chasing the balloons which occasionally broke loose. The mixed sounds of the jazz band, cheering, choruses, and steam whistles seemed to echo the blend of relaxation, worship and work which make up Cherry Hinton life.

And What an afternoon! Thousands of people thronged the stall, tents and the arena. They bought and sold, listened and learned. Strolled and sat in the sun and, over and above everything else, had a jolly good afternoon. They were well entertained by a full programme of arena events, by a good brass band and an enthusiastic Christian singing group. Stalls ranged from the Tuesdays Club’s produce to the SPD, from the model fair organs to the Swan Rescue Service.

And there were the competitions for garden produce, cakes, and (one I’ll never forget) the cuddliest pet!  The end of the afternoon was marked by a brilliant display of parachute landing, from 2,000 feet up in a moderate breeze they glided down and, coming in low over our heads, managed to touch down with one foot exactly in the centre of the small cross in the middle of the arena.

And that’s just how the Festival itself went – spot on target against all the odds! But this wasn’t the end.  The evening saw the marquees being used for the family barn dance, the church being filled for our Harvest Supper and the Baptist Church showing a feature film.

On Sunday morning the Family Harvest Communion was packed with people genuinely thanking God for the Harvest and the Festival and the blessing of God was poured upon us.

Then a different congregation squeezed in to the Church for the Festival Service with combined school choirs (this was the first time they have combined – it mustn’t be the last) the Mayor and Mayoress joined us too.’

We are fortunate to have a very strong and active committee who are determined to continue the success of the 1985 festival. After celebrating 30 years of the Festival in 2015, Festival Week is going from strength to strength. Here’s to the next 30 years!

Here are some pictures from past Festivals – are in you any of them? 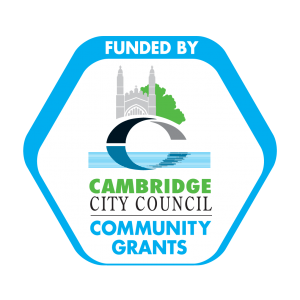 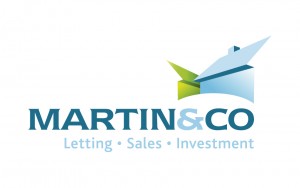